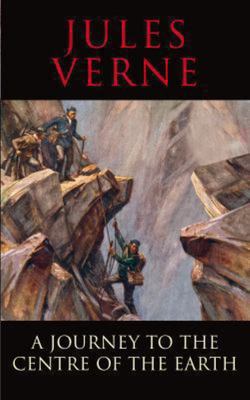 A Journey to the Centre of the Earth

A Journey to the Centre of the Earth is a classic science fiction novel by Jules Verne. It was first published in French in 1864, then reissued in 1867 in a revised and expanded edition.

"Verne's imagination has given us some of the greatest adventure stories of all time.""-- Daily Mail""Journey to the Centre of the Earth is one of the most famous novels ever written. Verne has left us an extraordinary book, which has withstood the test of time better than some of the science described within it. It has brought delight to generations of readers, and will for many more. There is nothing so rare as the chance to take an impossible journey, and to believe it so powerfully that we wonder if we will make it out alive. That's magic. And that's Verne's gift." "--"Michael Crichton, "Daily Telegraph""Fantasised a parallel world to ours under the earth's crust. This hypothesis was both popular and subscribed to, even by reputable scientists, in the 19th century. Verne's tale... remains the best of its (scientifically) preposterous kind." "--"John Sutherland, "Guardian"